Rosacea is a chronic inflammatory skin disorder that affects primarily the central areas of the face (cheeks, nose, chin and central forehead). It often appears with periods of aggravations and remissions of its signs and symptoms.
The main symptoms are redness, skin becoming easily flushed, sensitive skin, pimples and fine red vascular lines (telangiectasias). Depending on the subtype of rosacea, it can be also expressed as rhinophyma (enlarged nose) or eye problems (swollen, red eyelids and conjunctivitis). 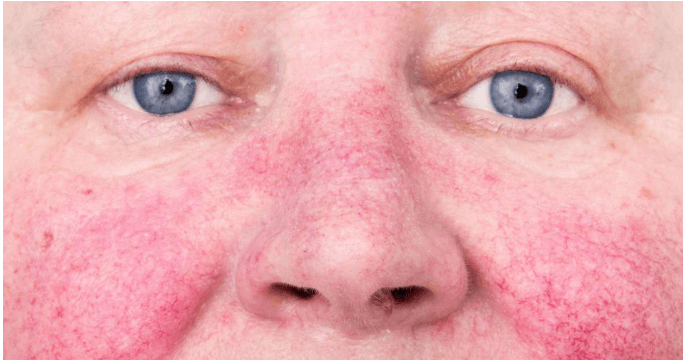 Rosacea may significantly affect patients’ lives, leading to an overall reduction of their quality of life.
It might have negative effects on the self-esteem and self-confidence of the patients.
This skin disorder can also affect the normal daily life of sufferers.
The symptoms can appear as a response to certain triggers like anxiety, some foods (especially spicy foods), alcohol, wind and drugs.
Patients are often educated to avoid these possible triggers to keep rosacea under control.
You can read more about the different triggers here.

The "Curse of the Celts"

Rosacea appears to be quite common, although its prevalence depends on the populations (e.g. predominance of fair skin). Looking at the latest publications, rosacea is affecting 5.46% of the population worldwide, which equates to 414.960.000 people.
It is most frequently observed in patients with fair skin, often called the "Curse of the Celts", since it has a higher prevalence among the Irish. 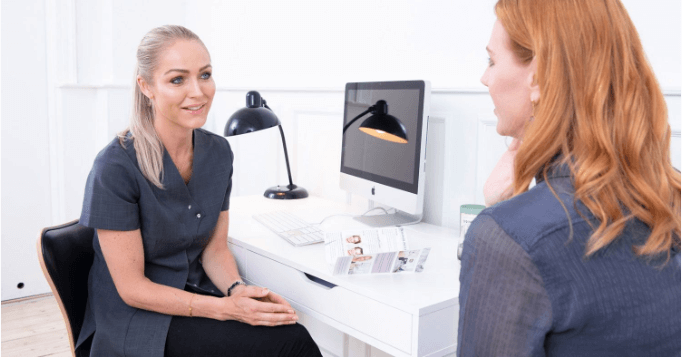 The exact causes of rosacea are not completely understood. The latest findings suggest that it is due to an abnormal functioning of the immune system that leads to vasodilation and development of atypical superficial blood vessels.
It has also been seen that patients suffering from rosacea have a higher amount of Demodex mites in their skin.
Early diagnosis and treatment are necessary to prevent symptoms developing from mild to moderate to severe.
Rosacea often increases in severity over time, especially if it is left untreated.